At a time when governments and the European Commission are financing the pharmaceutical industry to the tune of billions of euros, there is no guarantee that every citizen will have access to the coronavirus vaccine. To make it accessible to all, the Confederal Group of the European United Left and 10 left-wing parties are launching a "Right2Cure" campaign. 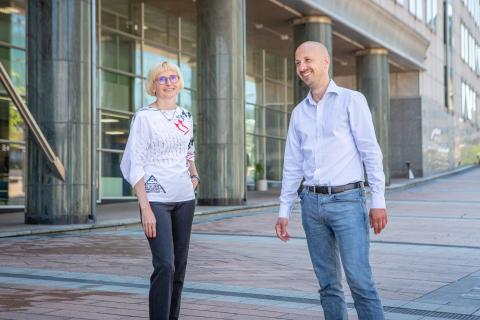 Can you explain in a few words why the European United Left is launching this campaign?

Kateřina Konečná. Nothing is more valuable than human life. I was for a long time the European Parliament's official responsible for the European Centre for Disease Control and Prevention, particularly during the Ebola and Zika epidemics. So I know the importance of a rapid response to new diseases. And I fear that when the cure is discovered, those who cannot afford it will not have access to it.

Yet we see  the European Commission paying billions of euros to multinational pharmaceutical companies to be the first to develop the vaccine?

Kateřina Konečná. Research is often publicly funded, and the paradox is that this does not mean that the drugs will then be available free of charge and in sufficient quantity.

Marc Botenga. It's crazy when you think about it. The pharmaceutical industry is making a lot of profit, but in such a serious pandemic, governments must pay for research, development and investment in a vaccine. Despite these billions of euros in public funds, there is a  risk that the vaccine could become the private property of a multinational pharmaceutical company through patents. If the European Commission is funding Big Pharma, it is mainly to support European multinationals against US multinationals in the race for a vaccine. According to their logic, the first one who has a vaccine will have the jackpot because it will pay off enormously.

The big drug companies want to make a profit selling this vaccine?

Marc Botenga. The pharmaceutical industry bases its prices on what the patient or a country is willing to pay. In this way, it maximizes shareholder returns. As a result, some vaccines cost a lot of money. And that costs lives. Every day. We cannot allow Big Pharma to take ownership of the coronavirus vaccine and decide on the price and supply.

Kateřina Konečná. We all know how their "socialism for the rich" works. First, they avoid paying taxes, hire lobbyists to block undesirable laws, and then, in times of crisis, they ask governments for subsidies paid for with taxpayers' money. Enough is enough! People's lives are at stake here. The idea that they could make a profit from this vaccine is morally unfounded.

Is it realistic to ask for a free vaccine and treatment without patents?

Marc Botenga. It is certainly necessary. A century ago, the American inventor Jonas Salk discovered the polio vaccine. When asked who obtained the patent for his invention, Salk said: "The people. There is no patent. Could you patent the sun?" The polio vaccine has thus entered the international market free of patents and the disease has now been eradicated in many parts of the world.

Kateřina Konečná. The coronavirus vaccine should be considered a public good and therefore be available free of charge and in sufficient quantity. The research was paid for directly by European citizens or their states. They shouldn't have to pay again afterwards. The ways of doing this may differ from country to country.

Do you think you can win this battle?

Kateřina Konečná. For years, I have been fighting against European rules that consider medicines to be an ordinary good. Many people understood during this crisis that medicines, vaccines or medical devices are not like other goods. It's time to change the way we think about medicine.

Marc Botenga. Our demands are quite realistic. The World Health Organization (WHO) has set up a 'pool', a patent pool, to gather and share information on this virus at the global level. The European Union can require that medicines developed with public funds end up in this pool. It would be sufficient to link this obligation as a condition to subsidies to the pharmaceutical industry. This would make them accessible to all.

What if the vaccine is first developed by an American multinational?

Marc Botenga. European states could break this patent through compulsory licensing (a mechanism that allows generic drug manufacturers to produce and sell a drug that is still under patent in exchange for compensation to the company that holds the patent, NldR). It takes political courage, but it is possible. Nelson Mandela did it before us. In the 1990s, the AIDS epidemic claimed countless lives in South Africa. The cost of the treatment was exorbitant. There was a huge mobilization of people who forced the pharmaceutical industry to make these drugs accessible.

Concretely, how will you proceed?

Kateřina Konečná. The campaign is being launched by political parties, but it will function like any other social movement - from below, and based on commitment and love. The campaigns are based on the hard work of hundreds and thousands of people, whose names may not be published in the newspapers, but who are the real driving force behind a successful and influential campaign. We will have to take into account national differences. That is why it will not be a campaign conducted from Brussels, Berlin, Madrid or any other place, but a collective European effort, as equals, together.

Marc Botenga. We want to put pressure on the European Commission from different countries. Together with the European United Left and more than ten parties, we launched the campaign all together, on the same day, with the same site, the same demands. Then, each party and movement carries the campaign in its country.

Kateřina Konečná is an MEP from the Communist Party of Bohemia and Moravia (Czech Republic) and sits in the Group of the European United Left (GUE/NGL). In the European Parliament, she monitors health issues in particular. She is one of the 13 European politicians who initiated this petition.

Marc Botenga is an MEP for the PTB, also in the GUE/NGL. Within the Industry and Research Commission, Marc Botenga closely follows the pharmaceutical industry.

Sign the European petition to make the vaccine accessible to all!

The campaign has a multilingual website, where every European citizen can sign in his or her own language. Go to https://www.right2cure.eu/

to watch the video please click on the image 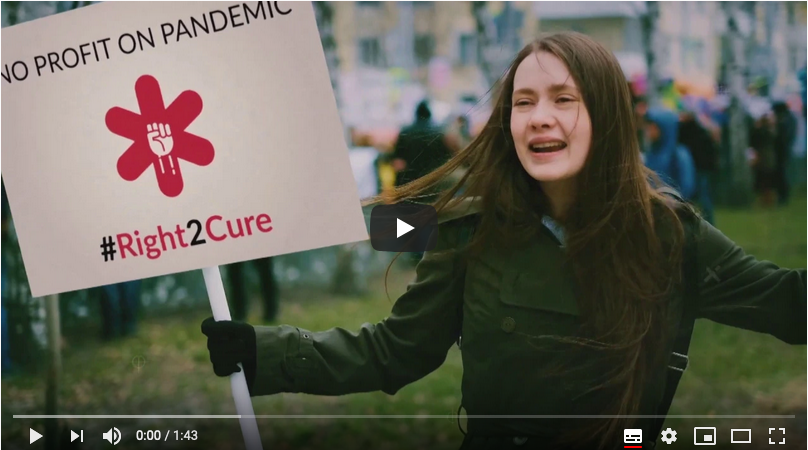