The PTB-PVDA brought 10,000 people together in Brussels for the "Great Anger"

On Sunday 1 March, at the initiative of the PTB-PVDA, more than 10,000 people gathered in the streets of Brussels for the "Great Anger" , the march for a change in politics. 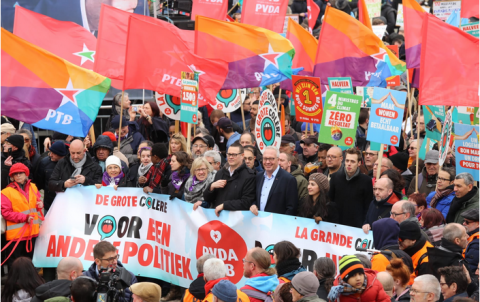 The left-wing party is clearly on the rise. People flocked to Brussels from all over the country: from Liège, Antwerp, Zelzate, Namur, Leuven, Sint-Niklaas, Charleroi, Brussels, Kortrijk, La Louvière, Mons... The diversity of people participating was quite impressive: workers, employees, teachers, doctors, pupils and students, young and old alike. They are all upset because the political elite in Brussels refuses to pay attention to them. 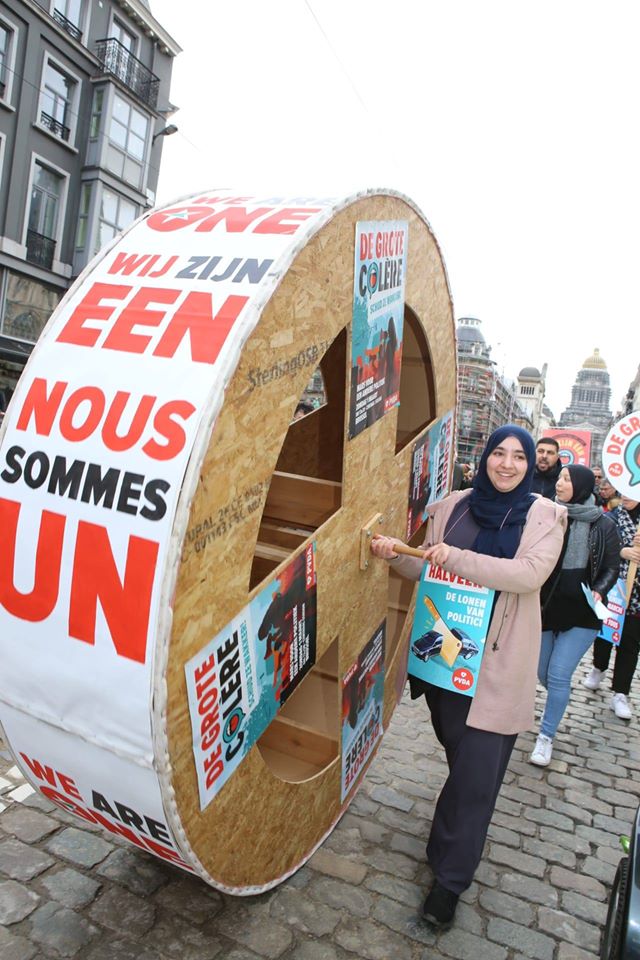 Many people are referring to the citizens' bill for a minimum pension of 1500 euros net that was submitted by the PTB-PVDA 80 days ago in Parliament. Peter Mertens: "Our citizens' bill has been gathering dust in a drawer in Parliament for eighty days now. The Speaker of the House even refused to receive our 175,000 signatures. We do actually have politicians who are afraid of the people. Afraid to face people who've worked hard all their lives for a pension that's far too low while they themselves enjoy a lavish income . " 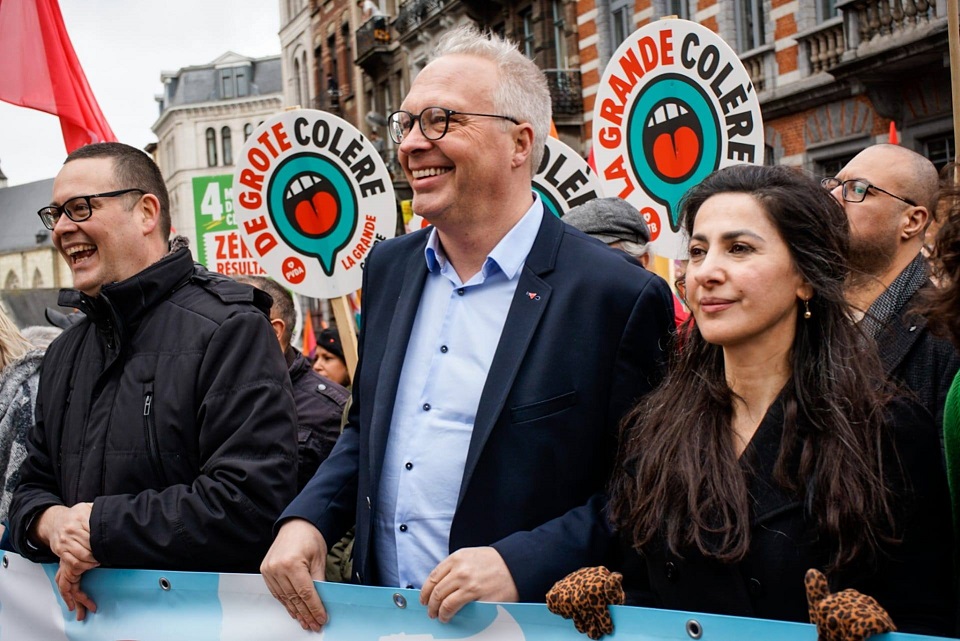 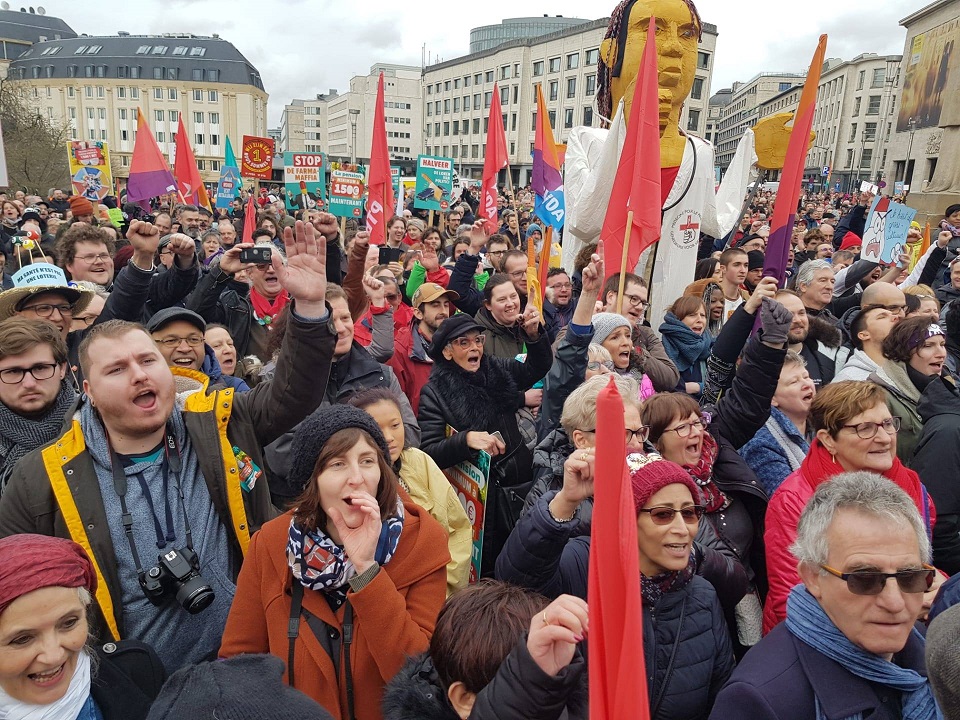 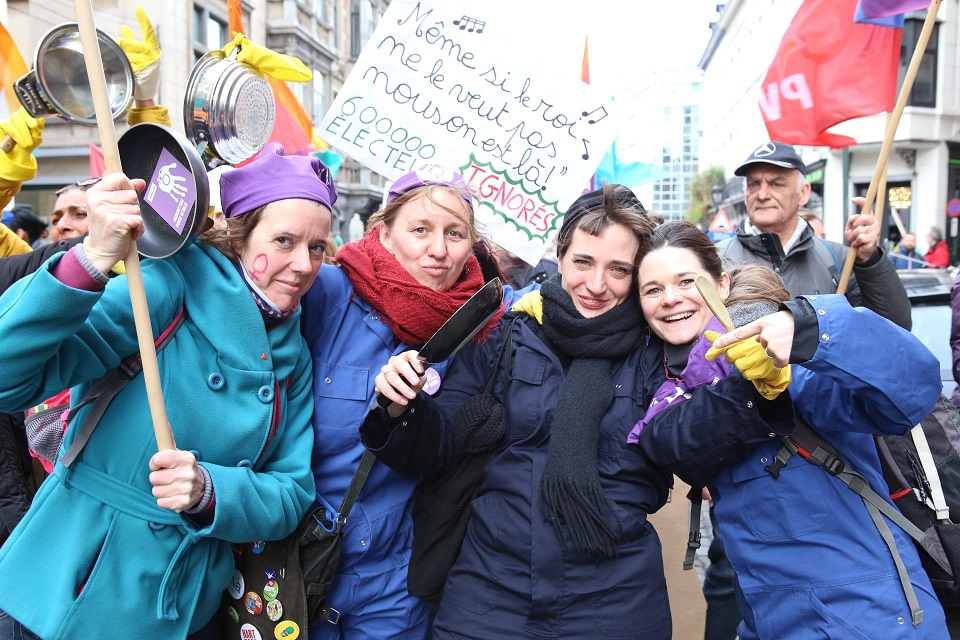