10,000 people demonstrated last Sunday 27 February in Brussels at the "Basta!" march organised by the PTB/PVD, under the slogan: "Protect the people, not the powerful. Basta! Enough of unpayable energy bills!” 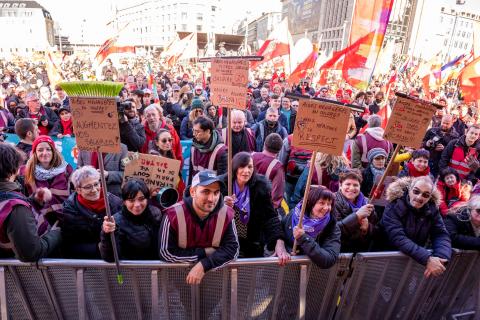 Raoul Hedebouw, president of the PTB/PVDA: "This is a very strong signal. People are telling me that they have cancelled their holidays this year and that they have to use their savings to pay their energy bills. Energy prices are skyrocketing, even more so with the current developments, people can't take it anymore. It is time for the government to take serious action. The VAT on electricity and gas must be lowered to 6% in a structural way, now. We will continue to mobilise in every municipality and company in the country until the government bends.”

Many of the demonstrators were coming to Brussels for the first time to make their voices heard. "Why doesn't the government do anything about this social massacre?" was the message on one of the many placards. “The government thinks that the problem of energy prices has been solved after their minimalist agreement," continued Raoul Hedebouw. “But nothing could be further from the truth. And Russia's criminal invasion of Ukraine will only make things worse. The bills will remain unpayable. We will maintain our petition and continue our actions until the government listens to the people. We have already collected 310,000 signatures. We are continuing to reach 400,000.” 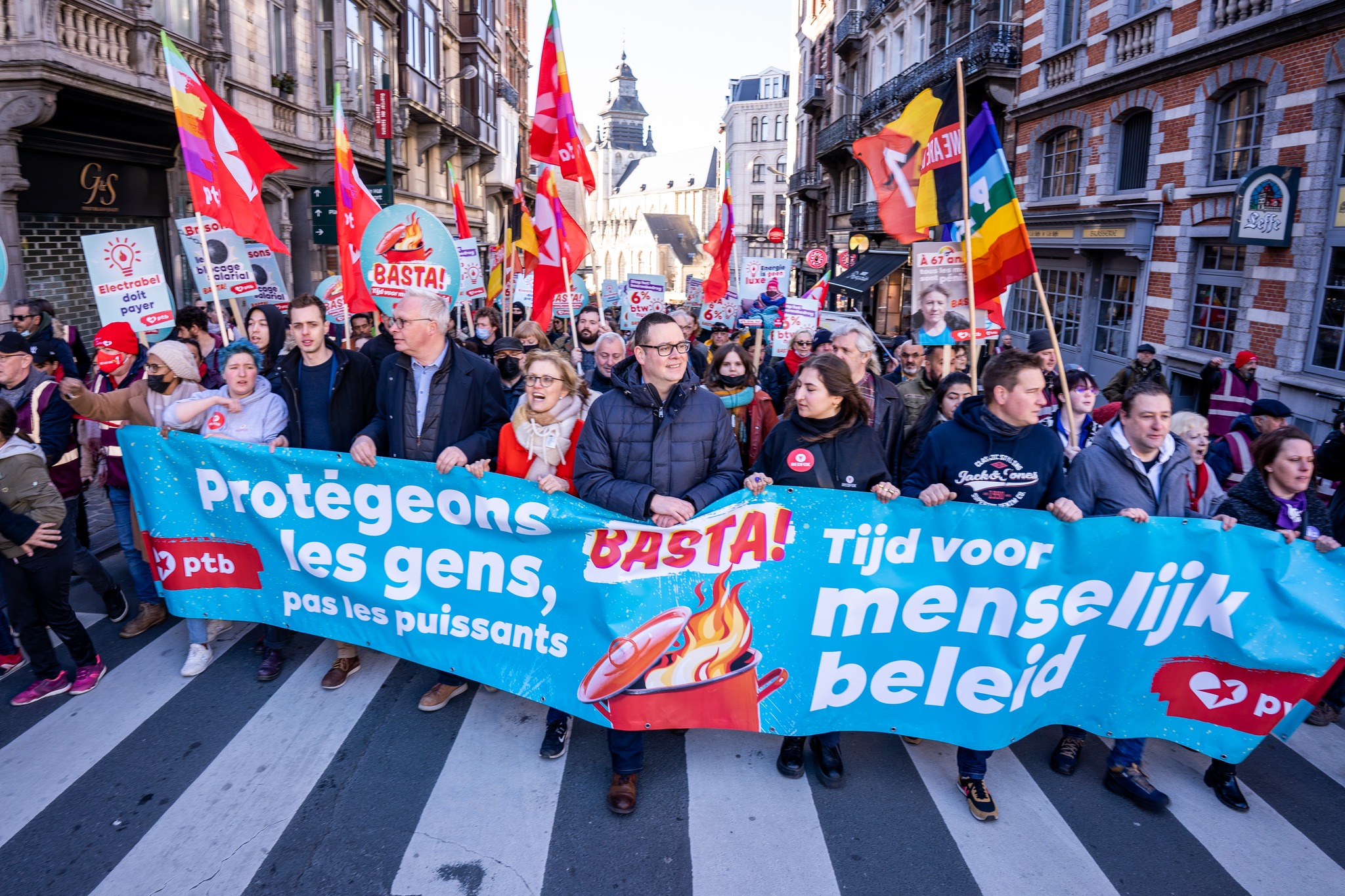 The PTB asks the government to reduce the VAT on gas, electricity and fuel oil to 6% and to send the bill to Electrabel. Raoul Hedebouw: "While we are paying a high price, Electrabel is making billions of euros in profits. This can't go on. People are angry and that's normal. They see every day that for the government, the interests of big business are far more important than those of the people. Energy bills are an example of this.”

In addition to wanting to use Engie-Electrabel's excess profits to finance the reduction of VAT, the PTB president proposes that the energy sector be placed in the hands of the public authorities: "Only then can we really solve the problem of exploding prices." 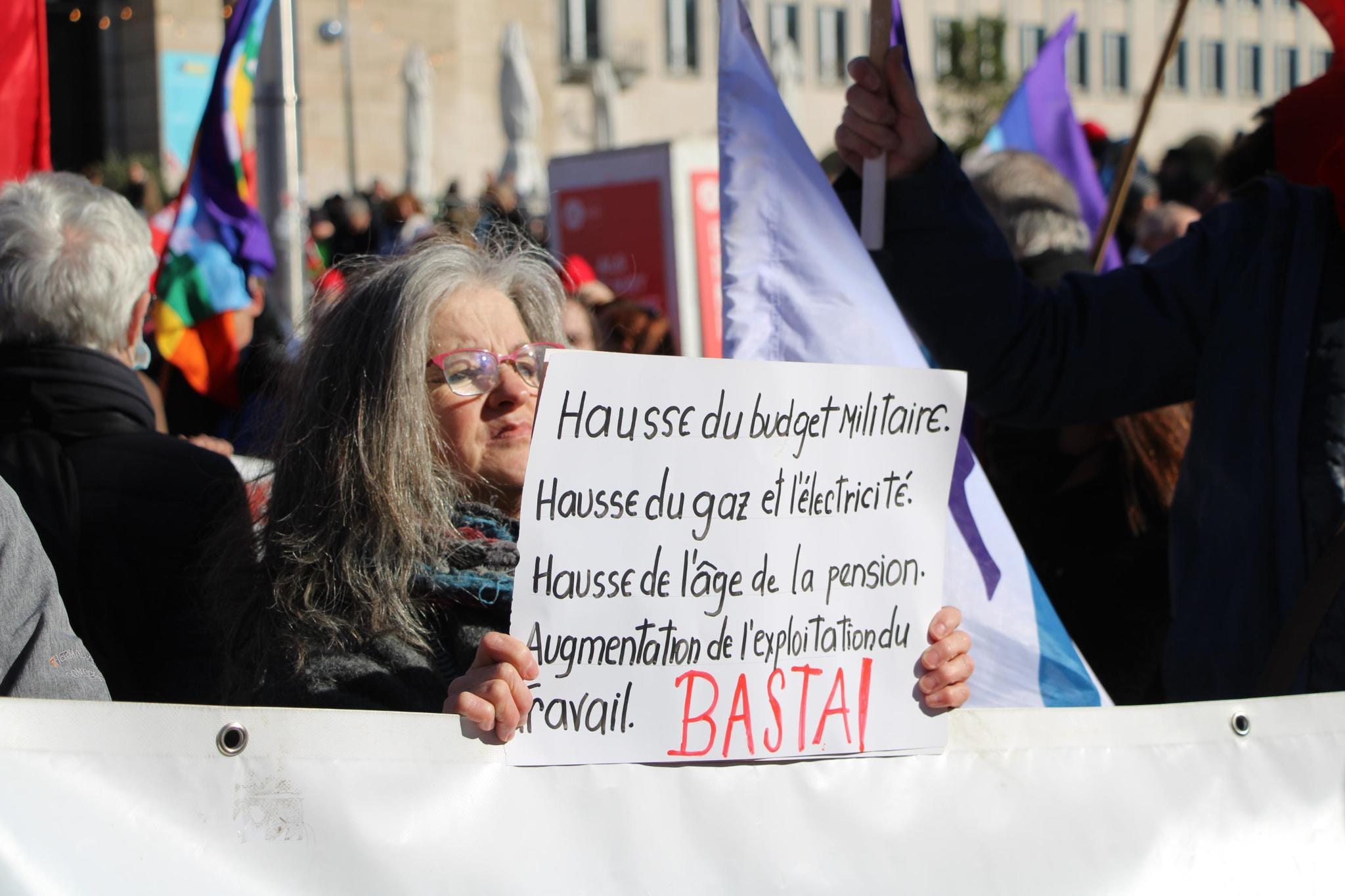 During the demonstration, there were also many messages against the loss of purchasing power and the wage freeze. “The law makes it practically impossible to increase wages," continued the PTB president. “In the meantime, dividends and salaries for shareholders are reaching record highs. This is something that sticks in the craw of the working class. Add to that the problem of inflation, which is only partially absorbed by wage indexation, and the situation becomes explosive. In this dossier, we also note that the government dances mainly to the tune of big companies. We support the unions' demand that the law on wage freezes be challenged. The government must do this now.”

The PTB/PVDA expects a hot social spring. “Many of us will be on the streets today, and that is important," said Raoul Hedebouw. “Because it is from there that we can change things. It is time for the government to listen to the working class. They don't listen to us when it comes to energy bills. They don't listen when it comes to wage freezes and loss of purchasing power. And they don't listen to criticism of their approach to the pandemic either. People are fed up and that's normal. Well, let them make their voices heard. Let's build a social alternative together and make them listen to us.” 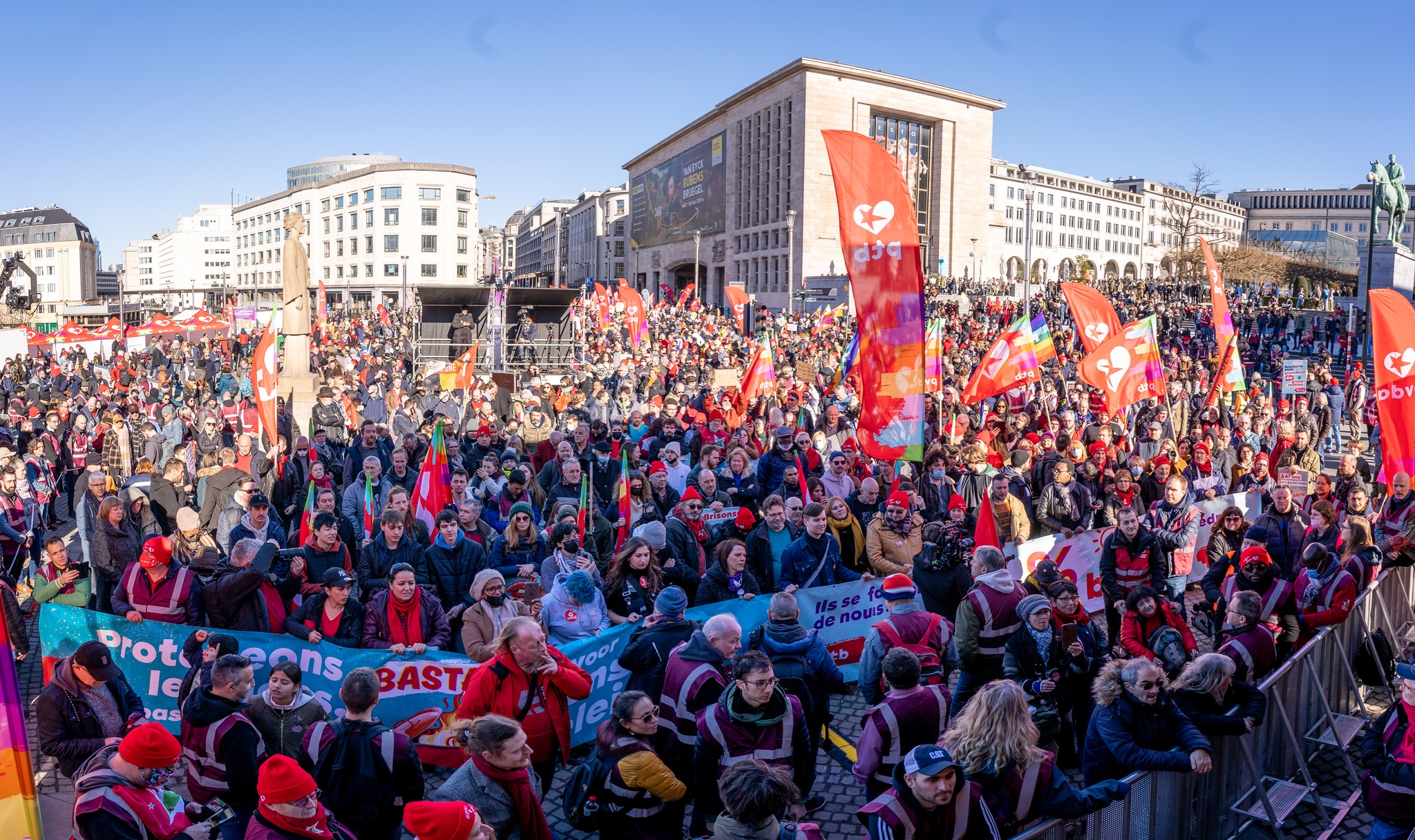