New Year's speech by Raoul Hedebouw, president of the PTB-PVDA

2022 will be a year of resistance. We are going to fight to make it better. Better than 2021, which was not an easy year. We, the workers, the young people, the grassroots, the Workers’ Party of Belgium (PTB-PVDA), are going to give all to make 2022 different. 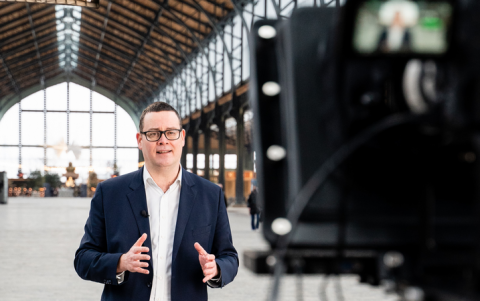 We have been experiencing a real crisis within a crisis for a few months now, and I am talking here about the exorbitant fuel bills. One hardly dares to look in one's mailbox anymore.

Anna wrote to me: "Raoul, I am so afraid of not being able to make ends meet that I only turn on the heat the week I have the children." Christian tells me: "My colleagues at the airport have turned the heat down several degrees, we're at a maximum of 15 degrees." And Joke, who works in the service voucher industry, tells me that with her small salary, she is struggling to get by. To save money, she only heats her ground floor.

Hundreds of thousands of people are set to fall into poverty. We have four energy ministers, but not one putting forward a plan for all these families?

We say, "Basta!", "Enough is enough!" to this government, which is incapable of getting us out of this crisis. It's time to stop dithering and finally lower the VAT on energy bills to 6%. We won't, of course, be able to count on the support of the right-wing parties. They boast that they are against taxes, but they are the ones who voted, in 2015, to increase the VAT rate from 6 to 21% on energy bills. What hypocrisy! Ecolo thinks that lowering the VAT will make people overconsume. You really have to live in a bubble to believe that a VAT reduction will make people want to open up their windows in the middle of winter. And what can we expect from the traditional left-wing parties? The PS and Vooruit (the Flemish social-democrats) had said that this was a breaking point in the government negotiations. They lied. With the PTB, we tabled an amendment to change the law. They voted against it! But we won't give up until the government changes its tune. We have already collected 300,000 signatures from people who are calling for a reduction in VAT.

And don't let them tell us that there's no money. Our research department has calculated that Engie-Electrabel is making a profit of no less than 2.6 billion euros "thanks" to the crisis. On the one hand, we have a multinational energy company that makes a ridiculous amount of money overnight and, on the other hand, households that have to foot the bill... Does this make sense to you? These profits should be used to finance the reduction in VAT for families.

This crisis is a perfect illustration of the failure of the capitalist system. This is what happens when you deregulate the energy sector. The big companies eat the small ones, then the giants eat the big ones. Between 1997 and 2007, there were no fewer than 247 major acquisitions. Engie has absorbed 18 other companies in the last five years. Engie has more power than our four ministers put together.

Private monopolies control our lighting, heating and stoves. They decide how energy is produced, how it is distributed and how much it costs. For them, gas and electricity are not basic necessities, but mere commodities that allow them to make huge profits. If we let the market decide, these extreme prices will not come down before 2025.

It is not the energy supplier that needs to be changed but the system. We want a public energy sector that is community-owned and democratically controlled, where consumers and workers have a say. This is the only way to end the chaos of the free market and allow everyone to benefit from sustainable and affordable energy. We must stand up to the energy giants. Only public pressure can make them bend. 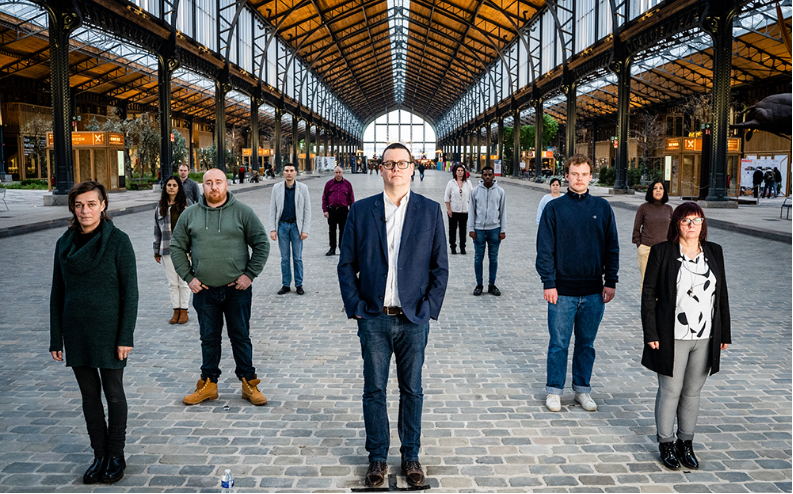 Click on the picture to go to the video in French

Everything is going up. Energy, groceries, fuel... Everything... except our salaries. Increasing wages is necessary to meet the cost of living.

In 2021, workers across the country mobilized to defend their purchasing power. In some companies, they have managed to shift the balance of power and break the 0.4% maximum wage increase imposed by the government. Last December, workers at the BASF plant, for example, won a 3% increase. In the factory of the boss of Voka, the most aggressive employers' association in the country, they refused to back down.

A few months ago, the boss of ArcelorMittal Ghent wanted to thank the workers at the plant for their commitment during the Covid period by offering them either a pack of French fries or a hamburger. They had to choose. At the same time, their boss was paying out 100 million euros to shareholders. "It's a slap in the face", was the workers' response. They went on strike and got double what the government initially wanted to give them as an increase.

Nancy, a home help in the Charleroi area, told me: "Our pay negotiations are blocked. The management won't even agree to a decent reimbursement for the miles we drive to our customers at a time when fuel prices are at their highest. We are going to keep pushing for real progress."

Hats off to all the shop stewards, the union reps who fight every day for better working conditions and better wages. And in a difficult context, with employers and a government united against them.

Nancy, with the PTB, we will continue to stand by you, to stand by all the home helps, and all those working at BASF, at ArcelorMittal, in the chemical industry, the metal industry, in retail and commerce, logistics, cleaning, care, waste collection, transport... all those who create our society's wealth.

Enough is enough. To fight for wages is to fight for a fair share of the cake, a cake made - often under difficult conditions - by the working class. To fight for wages is to say: "No, it is not normal that shareholders who have done nothing are able to put so much in their pockets." Last year, 6 billion euros generated by the country's workers were transferred to shareholders in the form of dividends. All this with the complicity of the government. And yet on May Day, last year, PS president Paul Magnette told us that the employers would finally have to pay up, otherwise dividends would be blocked. What happened? The pay freeze law was strictly applied and the dividends were paid out.

That's why I invite you to sign and support the petition recently launched by the common trade union front. The petition is seeking a review of the 1996 pay freeze law. A law put in place by the traditional parties with the complicity of the fascist party Vlaams Belang. The country's workers have to be given back the freedom to secure real wage increases.

My friends, together, we're going to do everything we can to make 2022 the last year of the pay freeze law.

We need a real balance of power. The employers are on the offensive. They want to use the pandemic to implement a "shock strategy". Taking advantage of a time of crisis to impose an anti-social agenda. Imposing more flexibility, putting early retirees back to work, increasing overtime... All these employers' demands are not going to solve the health and economic crisis we're suffering. On the contrary, they will make people even sicker. We are not going to sit back and let this happen!

Two years. For two years we have been suffering this catastrophic management of this health crisis, with these governments organizing chaos. Ministers change their minds like they change their shirts, they close entire sectors with lockdowns here and lockdowns there. How can they be so incompetent?

They promised us a "kingdom of freedom" founded solely on the vaccine and ignoring all the other barriers to be built against the virus. Yet, they were warned: it's not a miracle solution, other variants will come along...But they did as they pleased.

Worse still, despite our opposition, they passed an anti-democratic pandemic law, and have undermined what little parliamentary power we had left in this country. All power is now concentrated in the hands of a government that is incapable of getting us out of this pandemic.

And yet, we proposed alternatives. Make self-tests free, for example. This is the least we could do, when are ministers are recommending their widespread use, including for schools. That they be free is elementary, it's only logical. For a minister who earns 11,000 euros a month, it's not a problem, of course, to pay for dozens of self-tests at 3.50 euros a piece… But for a large part of the working class, it's a different matter.

Instead of putting in place social and preventive measures, this government wants to solve everything by using coercion and repression. With passes, fines, control and sanctions. The liberals like to say they are fighting for freedom, but they are not. On the contrary, they're taking advantage of these times of crisis to restrict our freedoms. The World Health Organization warned us from the beginning against such measures: "We must convince, not coerce."

We also proposed strengthening public services. By refinancing our hospitals and improving the working conditions of our health care staff. By reinforcing the first line of care, whose workers are on the front every day. By giving our teachers the resources needed to be able to manage the difficult situation on the ground in a proper manner. By releasing the vaccine from the clutches of Big Pharma and putting it in the hands of the community, and by lifting the patents to give everyone access to it. But those in power, they turn a deaf ear.

This government is incapable of getting us out of this crisis. It is on the streets that we will all come together to demand a humane and just policy to fight the virus and protect our rights.

Because we are a party of action, we are not going to stand idly by. Because energy is becoming too expensive, because we are fed up with seeing our salaries frozen, because working until 67 is impossible for the majority of workers, because we can no longer let this government get away with it, this government that, with its pandemic law, has seized all powers. We have to react.

The more we are, the more we can make 2022 a year of change, a year of resistance and of hope.

A Happy New Year to you all!