A vaccine to help us get out of this crisis or to boost the stock market?

A new vaccine, developed by the US' Pfizer and Germany's BioNTech, is believed to be effective at 90 %. This rightly raises a lot of hope. Such a vaccine would be a great help in the fight against the coronavirus. The European Commission immediately concluded a costly contract with the company. However, many questions arise. Especially since it now appears that the CEO of Pfizer sold 62 % of his shares on the day of the announcement. Is it mainly a publicity stunt to boost Pfizer's share price? And will the vaccine be accesible? 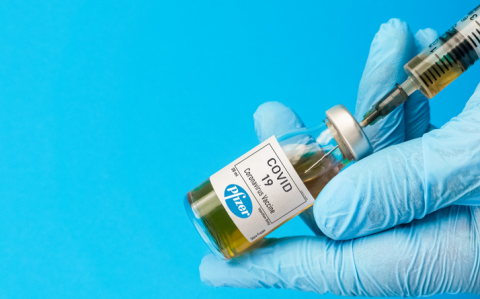 The spectacular announcement was a great success for Pfizer. On the stock market, the value of the company's shares rose by almost 15 %. Pfizer already had contracts with the US government. The announcement of such effectiveness has also made the European Commission nervous. The latter had already concluded a few contracts with pharmaceutical companies to reserve their vaccine, but so far not with Pfizer. The press release increased the pressure on the Commission which, less than 24 hours later, signed a contract for 300 million doses. This first contract from the European Commission would bring Pfizer close to 5 billion euros. These 5 billion will then have to be paid out of the Member States' social security systems. It seems that Belgium will buy some too.

To top it all off, Albert Boula, the CEO of Pfizer, simultaneously sold 62 % of his shares in the company. 5 million richer at a stroke, thanks to an announcement that its own press service distributed worldwide.

Does this vaccine really work?

One would think that an efficacy of 90 % would mean that if 100 people were vaccinated, 90 of them would be immune to the virus. This figure is certainly spectacular. Up to now, it was hoped that it would be at least 50 %. But the question is, which effectiveness are we talking about here? And most importantly: what are these results of the Pfizer studies worth?

And this is where the problem lies: everything we know so far is in the press release issued by the company itself. Experts reacted by saying that they "did not see the results with their own eyes, but have to rely on a company press release". All predictions, hopes and new investments in this vaccine are therefore based on what Pfizer tells us. Indeed, the publication of the company's research results is still awaited for the time being.

What we do know is that studies on the efficacy of Covid-19 vaccines are not designed to determine whether or not a person is immune to the virus. A vaccine is already considered effective if it protects against the mild symptoms of Covid-19. This does not necessarily mean that it protects people from infection, severe illness or death. (1)

In principle, therefore, the vaccine could protect only against mild symptoms, but not the 10 % people with the most severe symptoms. We also do not know how long the vaccine will be effective after the first doses. Do we need new doses after a few months or a year? And how many will be available? Without data on age distribution, we do not know if it also protects the elderly. Assuming that it is only effective with young people, then the effect would of course be much more limited.

How much will the vaccine cost?

"We know that this means 0 % of effectiveness for those who cannot afford or do not have access to the vaccine," commented Oxfam International on Twitter. Pfizer has announced a price of 33 euros. That is a lot of money if you have to vaccinate whole populations. This is much more than the 2 euros per vaccine promised by AstraZeneca in June.

In fact, the European Union, the United States, Japan and Great Britain have already reserved almost all of Pfizer's production capacity. This means that the vast majority of the world's population cannot even dream of this vaccine.

The price also raises questions because BioNTech, which developed the vaccine and partnered with Pfizer, has received 375 million euros in support from the German government for the development and production of the vaccine. If the vaccine is being developed partly with the help of public money, why are there no strings attached to that contribution? Instead, the countries first finance research, development and/or the production of the vaccine with taxpayers' money and then pay - again with taxpayers' money - prices that are far too high for the vaccine. Pfizer is already raising billions of public funds for doses, yet to be produced, of a vaccine that has not even been approved yet and whose study results are only known through a press release issued by the company itself. All the costs are for the society, all the gains for Big Pharma, it seems.

To give priotity to health rather than profit

We can do otherwise. For example, public funding of research and development may require that the final product also become a public good. This means not only that the government would be able to set the price, but also that more than one company would be allowed to produce the vaccine. This would also increase the amount of vaccine available. That's 100 % winners for the society.

In order to ensure that the company does not pay for Big Pharma's profits, the PTB demands Pfizer to be fully transparent about the results of the research and the amount and origin of the funds invested. The European Commission must also immediately disclose its contract with Pfizer. Since the vaccine was developed partly with public funds, the PTB also demands that patents and technology be shared, if that is necessary to ensure the availability and accessibility of the vaccine.

As an MEP from the PTB-PVDA, Marc Botenga called for full transparency. (to watch the video, click on the image and choose your language by clicking on the icon at the bottom right of the video)