In April, the President of the European Commission, Ursula Von der Leyen, made an unexpected but crucial promise: the future Covid-19 vaccine would be a common good. Since then, she's been back-pedaling. Bad news for everyone 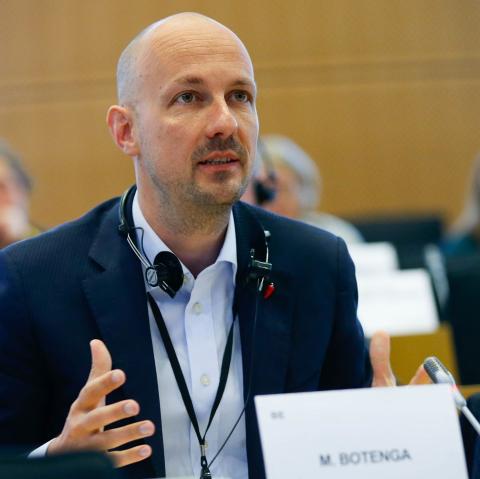 A future vaccine may play a central role in the eradication of Covid-19. To fulfil this role, it will have to be not only efficient and reliable, but also available and accessible worldwide. Indeed, on the one hand, no one is safe until everyone is protected. And on the other hand, everyone has the right to be protected.

The benefits of a common good

As soon as a reliable and effective vaccine is developed, huge quantities will be needed worldwide, including in Europe. No pharmaceutical company today has sufficient production capacity to provide a vaccine for everyone. It is therefore important that the rights to an effective vaccine be shared, and not monopolized by one or a few pharmaceutical companies. Otherwise, a shortage of vaccines will be inevitable.

That's why, following promising reports of vaccine efficacy, Pfizer has been under pressure to share vaccine technology. All the more so as BioNTech, Pfizer's German partner, received a public subsidy of 375 million euros. But Pfizer refused. Although the pharmaceutical company Moderna, whose vaccine was developed almost entirely with taxpayers' money, has publicly pledged not to enforce its intellectual property rights during the pandemic, the exact scope of this pledge remains unclear.

Making the vaccine a public good also has other benefits. This saves us from paying for a vaccine three or four times. Indeed, many of the potential vaccines in the race today have been developed with millions of euros of public funds. In other words, the community's money is currently funding not only research and development, but also the expansion of production capacity, and finally, the purchase price.

Leaving property rights to the private sector would also mean that the company could unilaterally decide the price of its vaccine. AstraZeneca has undertaken to sell it at a price close to cost. But the company quickly added that this promise would only apply until next summer.

This allows multinational pharmaceutical companies to carry out a real hold-up on social security and national budgets (in both cases at the expense of taxpayers). Even worse, there is a risk that the bill will be totally unaffordable for some countries. The struggles over a cure for the AIDS virus have shown us the danger of allowing intellectual property rights and the pursuit of profit to take precedence over health. Millions of people died because multinational pharmaceutical companies blocked affordable treatments for all, until Nelson Mandela's South Africa decided to override patents.

In the midst of a pandemic, intellectual property rights therefore act as a brake on rapid and widespread access to a vaccine. On the other hand, a vaccine that would be a public good, free of patents, would mean not only that many companies around the world could produce it, but also that the price would remain under control.

This was also the philosophy of the American Jonas Salk, who was responsible for the polio vaccine. He had insisted that his vaccine be put on the market without a patent, so that everyone would have access to it. To use Salk's famous formula: "Could you patent the sun?" No. Because everyone needs sunlight. We need that mindset today.

Taking the vaccine out of the hands of multinational pharmaceutical companies also has another advantage. Many citizens, but also doctors, have questions about the vaccine. And then we are not talking about a relatively small number of anti-vax activists, but a much larger group of people who have understandable doubts or legitimate questions. More than a lack of confidence in science in general or in one's general practitioner, scepticism about vaccines is often explained by a mistrust of a pharmaceutical industry whose number one priority remains profit. The secrecy in which the European Commission maintains multi-billion dollar contracts with these multinational pharmaceutical companies is therefore not conducive to trust. Even information that has nothing to do with commercial secrecy (such as price) is fiercely hidden from public view. When millions of people need to be vaccinated, however, trust is paramount. Placing the vaccine under public control and making it clear that no one will benefit from it can help strengthen it.

The European Commission is backtracking

This is why the promise made in April by Ursula Von der Leyen was so important. Since then, however, the European Commission has consistently gone back on its commitment. In June, it failed to mention this in its European Strategy for Vaccines. Subsequently, the Commission has systematically limited its commitment to international initiatives aimed at sharing health technologies on a global scale. For example, it did not want to officially support the Covid-19 Technology Access Panel (C-TAP, a World Health Organization initiative to share treatments, vaccines, tests and other technologies to combat Covid-19). Its participation in CoVax, another international mechanism designed to ensure equitable global vaccine distribution, has been restricted. Instead, priority has been given to bilateral contracts between the European Commission and multinational pharmaceutical companies, in order to build up future stocks on behalf of industrialised countries.

“Our vaccinations first.” In September, Oxfam pointed out that some rich countries had already bought more than half of the available vaccines. Nearly two thirds of the world's population would have to wait until at least 2022 before they could even dream of a vaccine, and in October the Commission responded rather cynically that the April commitment had no legal value. In other words, the promises of solidarity were mostly smoke and mirrors. When a coalition of 100 countries, led by South Africa and India, proposed to suspend patents on the vaccine, the European Commission went even further. Together with the United States, Switzerland and several other countries where the major pharmaceutical multinationals are headquartered, it has blocked the initiative at the World Trade Organization. A slap in the face for all those fighting for universal Covid-19 protection, accessible to all.

This is undoubtedly what prompted the citizens of some ten European countries to launch a European Citizens' Initiative on 30 November 2020. In view of the influence of the multinational pharmaceutical lobby at European level, the initiative is more than welcome. In order to force the European Commission to act, this citizens' initiative will have to collect one million signatures across Europe. The initiative aims to ensure that pandemic vaccines and treatments are recognized as a global public good, freely accessible to all, without this accessibility being impeded by patents. This way, citizens want to force the European Commission to amend European legislation.

Sign the European Citizens' Initiative 'No profit on the pandemic': https://noprofitonpandemic.eu/en/