What does the PS's "managerial socialism" stand for?

On November 14th, Parti Socialiste (PS) Deputy Prime Minister Pierre-Yves Dermagne stated in an interview with the financial newspaper De Tijd that "using a megaphone to demonstrate is not going to result in a revaluation of the lowest pensions". This gentleman is the governmental leader of the main left-wing party present in the Vivaldi coalition (that, like the composer's Four Seasons, includes 4 major political families: liberals, social democrats, christian democrats and greens, Ed). Like the rest of his interview, this statement reveals both the evolution of the Belgian PS and its fundamental difference with a Marxist party like the Workers’ Party of Belgium (PTB-PVDA). 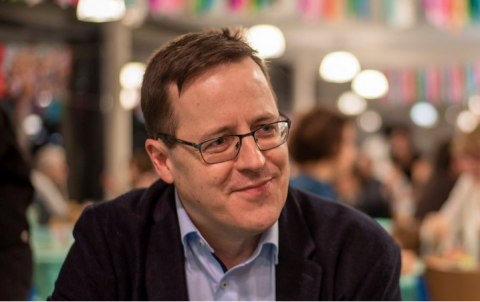 Achievements in the world of labour, a history of power relationships

With his statement, he is shaking off the history of the labour movement in our country. The labour movement has relied on its own strength for everything it has achieved, by organizing, acting and developing power relationships. The right to organize, the right to strike, the right to universal suffrage, paid holidays, the eight-hour working day and the forty-hour working week, social security... all these gains have been obtained through social struggle, often through long-lasting and bitter conflicts. Bullhorn at first, megaphones later. Gita Deneckere, a history professor at the Ghent University, states that "The most extensive social and political changes have occurred as a result of the pressure exercized by a determined public opinion, and have not primarily been brought about through elections and parliament". So, it is a good thing that we have this social history and that the labour movement in our country has not heeded the siren’s song trying to lure it to passivity.

It is indeed in the streets, at the cost of great effort and sometimes even human lives, that the major victories of the left have been achieved. And, more recently, it is thanks to the demonstrations led by the trade union movement that the previous Michel government's point-based pension project aiming to extend the length of careers, was buried. It is thanks to the struggle of the health care sector that the first instalment of the White Coat Fund (400 million euros) was obtained, with great effort, at the initiative of the PTB’s MPs. It is also thanks to the struggle led for years by both the trade unions and the genuine left that all of the other parties have been forced to put the demand for a minimum pension of 1,500 euros netto on the political agenda (even though, for the time being, it remains a hollow shell in the government agreement).

You don't have to be a revolutionary to figure out that while the right is backed up by the power of money, the left can only base its action on pressure from the street. It is clear that the PS leaders do not believe in their own statutes anymore, the first point of which states that the PS is a party "whose aim it is to organize the class struggle". (1) When targeting the megaphone, Pierre-Yves Dermagne actually seeks to get rid of an essential tool of the social conquests of the left and, if we follow him, we should be prepared to give up even more.

Managing capitalism or fighting for another society?

Pierre-Yves Dermagne also proudly identifies himself as a "managerial socialist". He thus explains, for instance, that he is going to use the Coronavirus crisis to break the telework taboo.

As far as he is concerned, the taboo of taxation of multi-millionaires and multinationals that profit from the crisis to further increase their wealth does not need to be broken. When defending the placebo tax on securities accounts, Dermagne seems to forget that such tax is nothing but symbolic (400 million promised out of the 500 billion owned by big fortunes). He also seems to forget that, on top of being the replica of a similar tax enacted by the Swedish coalition government (name given to the previous government formed by liberal parties and the N-VA , Flemish nationalist party, Ed.) it will, by its very nature, spare billionaire families among which the De Spoelberch, Colruyt and Frère families. Neither does he, in his capacity as Minister of Labour, lift the taboo on wage increases blocked by the restrictive law of 1996, or on the need to obtain a minimum wage of 14 euros per hour for all those underpaid coronavirus heroes (warehouse workers, domestic assistants...), whose essential role has been highlighted by the present crisis. He also leaves out the taboo on the issue of career-end, successive reforms by the Di Rupo (PS ) and Michel (MR, Liberal Party ) governments having resulted in many Corona heroes, from nurses to drivers, having to work more years. PS chairman Paul Magnette gave up the fight definitively when he declared that a return of the retirement age to 65 was "the wrong campaign slogan". (RTBF, Le Grand Oral, 3/10/20)

This is not simply about a compromise that trade unionists can achieve after a strike. It is about accepting the initial global framework and asserting oneself as the best manager of a system in crisis.

Pierre-Yves Dermagne is in fact, like other leaders of the Socialist Party, applying the same mechanisms as his predecessors who got drawn into the compromises of "managerial socialism", day-to-day pragmatics. It is this very social liberalism that has caused havoc across Europe over the past decades: public services have been privatized, health care commercialized, polluting multinationals have been allowed to destroy the planet, the practice of austerity policies has led to the exclusion of the unemployed.

The left needs to find another way if it wants to fight both Macron's and Merkel's new liberalism and the new extreme right of Le Pen, Trump, Salvini and Van Grieken, chairman of the fascist VB party. And if it wants to achieve victories tomorrow.

Power relationships in the field are essential to social progress, the left will not be able to achieve such progress without setting itself the goal of profoundly changing the system and burying a capitalist society that serves the rich, the financial world and multinationals, and without having the prospect of achieving what the authentic left calls socialism 2.0.

For the left, the whole point of the debate today is: should we accompany and manage capitalism or should we proceed to fundamentally putting into question the entire system? We choose the second option. With this aim in mind, we are set to work together with all those who want to give socialism its real meaning: that of a society where the needs of people and nature take precedence over the profits of a tiny minority.