What is hidden in the "Social Pact" wished for by the Federation of Entreprises in Belgium (FEB)?

The chairman of the FEB (Federation of Enterprises in Belgium) has been dreaming of a Social Pact for a long time. A dream from before the Covid-19 crisis. He's not the only one. For Georges-Louis Bouchez, the chairman of the MR (Mouvement réformateur, French-speaking liberal party), "it is time to conclude a new social contract". At the trade union level too, some are calling for a Social Pact. This caused a strong controversy at the top of the FGTB (socialist trade union federation). But what would this Pact be made of? 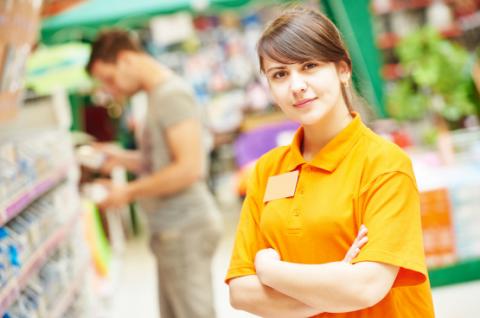 A Social Pact is an agreement between employers, unions and government to regulate working conditions, principles of remuneration, social rights, etc. Reference is generally made to the Social Pact concluded in 1944, which laid the foundations for our Social Security system after the Second World War.

It is curious, to say the least, that those who have ignored the world of work - employers and right-wing parties - now want to reach an agreement with the trade unions. During the four years of the Michel government (2014-2018), the trade unions were sidelined in order to push through neoliberal measures: jumping the consumer price index, pension at 67, wage freeze, flexibility, attacks on public services... Each time, the country's workers took to the streets in massive numbers at the call of the trade unions, went on strike, demanded to be heard. But at no time were they really heard, listened to or taken into consideration. The victories obtained by the social movement - such as the abandonment of the points-based pension project, the famous “tombola pension” - came only from social pressure and the balance of power. Not from a government consultation with the working world.

After having turned a deaf ear, bosses and right-wing parties are now pretending to want to consult with the trade unions to negotiate a "new social pact or contract". What are their intentions?

The strategy of shock according to employers

"Bankruptcies and restructuring will create a sense of urgency by the middle of June. I hope that by then there will be enough parties standing up to create a 'coalition of the willing'. (...) This coalition can only come to fruition if all the participants at the negotiating table do not cling to symbolic words such as the index, early retirement...", Pieter Timmermans, the head of the FEB (the employers' federation of Belgium), recently told De Standaard daily.

The FEB therefore wants to use the shock caused by the numerous bankruptcies and restructurings linked to the economic crisis to move forward with its anti-social agenda. Taking advantage of the shock to destabilize the population, trade unions, labour organizations and progressive parties: this is the strategy of the employers.

And all the employers' federations have detailed the concrete measures they want: extending the work week (from a 38-hour week to a 42-hour week) by increasing the possibilities of overtime without extra pay, without recuperation and without union control. But also the even stricter wage freeze by revising the wage law. Or the privatization and the gradual underfunding of the Social Security. This includes further cuts in public services and increased hunting for the unemployed.

On the other hand, banning of "clinging" to "symbols" such as the index or early retirement pensions or coming up with ideas such as taxing big fortunes.

The condition for getting out of the crisis?

The employer recipes proposed as "creative" solutions to get us out of the crisis are however old. These are recipes that have proven their ineffectiveness and their dramatic social and health consequences.

- Working extended hours with more overtime is absurd at a time when there are bankruptcies and more unemployment. By making those who are already working work longer, we are depriving those who do not (or no longer) have a job. We're going to increase unemployment.

- Limiting wages even more will slow down consumption and therefore the economy. This will deprive the economy of the oxygen it needs.

- Limiting public spending will lead to disasters, as we saw during the Covid-19 crisis, when our hospitals and rest homes lack human and material resources.

- Cutting social security funding will further exacerbate the inequalities between those who have kept their jobs and those who have lost them because of the crisis and will make it impossible to finance our pensions.

Is the "match" between workers and bosses over?

Employers therefore want to use the strategy of shock to impose their views and, in addition, to do so via a Social Pact to avoid social strife. "It is necessary to stop thinking that there is a match between the boss and the worker...", Georges-Louis Bouchez, the chairman of the MR, explained to Sud Presse at the beginning of the month to defend the idea of a Social Pact. According to him, it would therefore be possible - after the Covid-19 crisis - to find common ground between workers and employers. Reading the employers' intentions, one can doubt it. Employers have their particular interests, they defend them to make the maximum profit. These interests are at odds with those of the world of work. There is a struggle between the interests of the workers on the one hand and of the employers on the other. A class struggle.

For the employers and the right-wing parties, the first virtue of this pact would therefore be to stop the conflicts, struggles, strikes and others actions that the world of work could undertake in the face of the strategy of shock that the employers want to impose.

When talking about a new Social Pact, some people refer to the Social Pact of 1944 signed by the employers and the trade unions and taken up by the Liberation government. Even the FEB refers to it.

Yet this comparison makes little sense. At the end of the war, the workers' movement had organized in clandestinity against the occupier. Fascism - the most brutal and bestial expression of capitalism - had been defeated. In 1944, the Communists were at the height of their popularity. They were the heroes of the Resistance. The Soviet Union enjoyed great prestige. It embodied the possibility of a different kind of society than the one based on market and profit. Management was afraid of losing control of its factories. They had to concede a lot for fear of losing everything. A lot had to be conceded in order to preserve the capitalist system.

The balance of power in the post-Covid-19 era is not at all the same as in 1944. We are in the early stages of reconstruction. The world of work has shown its strength in the crisis. It' them who temporarily halted the spread of the virus by stopping production in non-essential areas. It' them who kept essential services and production running. It' them who've been running our hospitals. It' them who fought for the respect of safety standards. There's a burgeoning class consciousness: we're part of the working class and it's the class that makes the world go round, not the CEOs. This is the beginning of the rebirth of a world of work that is proud of its role in society and that is socially on the offensive. It is this rebirth of class consciousness that the employers want to prevent via...among other things a Social Pact that would lock up any resistance, would endorse social regression and would plunge the world of work into a new social regression, a source of new pessimism.

It's time to create a balance of power in favour of workers...

This is not the time for "sterile opposition", says the employers. "We're on the brink...", the press says. And the Social Pact would be there to save us by giving the illusion of a common interest in overcoming the crisis "together". It would be time for a common understanding. Disputes and struggles would aggravate the crisis, according to the employers and the right-wing parties.

But the big question is: What should this agreement be based on? On social decline or social progress? So far, it is mainly right-wing measures that have shown their inability to cope with the crisis. Whether it's in health or in the economy. It's time to really innovate socially by activating the fortune of the multimillionaires via a Corona Tax, by sharing working time, by allowing the older workers to retire early, allowing young people to get jobs...

"Yes, but we are facing a crisis...", the right-wing parties say. However, the measures taken following the great strike of 1936 (the first paid holidays, the 40-hour week...) or the social measures of 1944 were taken in the midst of a crisis. And they did not aggravate the crisis, unlike the right-wing measures.

Others say that with Covid-19, it is impossible to fight. However, the health workers, the workers at the airport, those at Decathlon, those in the supermarkets, etc. show that waging a fight is possible.

It's not time for a pact

The post-war period shows that a Social Pact constitutes a "ceasefire". It's the crystallization, the freezing, of a power relationship. Signing a Pact in an unfavourable balance of power would freeze this negative balance of power, and for a long time.

Signing a pact today would mean subjecting the interests of the workers to those of the employers and the right-wing parties. It's falling into the trap of the employers, who are afraid of the rising class consciousness. The time has come to build a broad social and political balance of power. This is the only guarantee that it won't be the workers who pay for the crisis.