The European Union's assault on our pensions

French workers are fighting against Macron's pension reform. In Belgium, we have pushed back the previous government of Charles Michel and its points-based pension. In Spain, it is the "pensionistas" who march every Monday demanding dignified pensions. In Croatia, the trade unions have obtained the return of the legal retirement age from 67 to 65... This struggle in defence of our pensions is sweeping through many European countries. Coincidence? 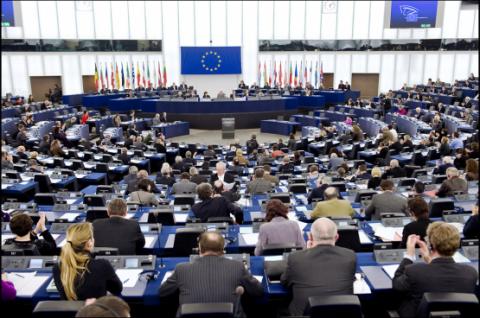 Riddle: Do you know where the different attacks on European social security systems and, more specifically, pension systems are coordinated? Answer: In the offices of the European Commission. This institution, made up of 28 commissioners whom no European citizen has elected, is the executive power of the European Union. Its influence on our daily lives is considerable because it spearheads all European legislation. And about 70% of the laws approved by national parliaments are mere transpositions of rules approved at European level. But the question remains: why has the European Union started going after our pensions?

Ever since the 2008 financial crisis and China’s rise to prominence, the Commission has picked up the pace and set up a whole arsenal of measures that can have an impact on European pensions. The European Trade Union Institute notes that, although pension systems are a national competence, the European Union has played a key role in suggesting the types of reforms that should be implemented to reduce social spending. (1) The Growth and Stability Pact, the Six-pack, the Two-pack... These treaties, approved by the Member States, have enabled the European Union to impose austerity policies aimed at reducing social spending.

Seven years later, on 25 May 2018, the Economic and Financial Affairs Council (Ecofin), composed of the economic and finance ministers of all Member States, is gloating. In its official communiqué, Ecofin demonstrates how the Commission's work in coordinating reforms has borne fruit. "Ecofin:

- WELCOMES that in most countries, recent pension reforms have had a positive impact by containing public expenditure dynamics and contributing to an increase of average exit age from the labour market.

– HIGHLIGHTS that further steps still need to be taken by Member States to raise the effective retirement age, inter alia by avoiding early exit from the labour market, promoting active ageing; strengthening incentives to remain in the labour market; and strengthening sustainability elements in the pension system such as by linking the retirement age or pension benefits to life expectancy.”  (3)

To achieve this, the Commission has a preference: the points-based pension. This system, which has already been introduced in Germany, links the amount of the pension to various external factors, including life expectancy. If life expectancy increases, the pension will be lower .

For the State, this system has the advantage of lowering the pension. Just look at what is happening in the European countries where this system is in place. In Germany, the points-based pension has been in place since the early 2000s. The balance sheet is catastrophic: one pensioner in two is getting less than 800 € per month, 16.8% of pensioners are living below the poverty line, more than 1 million pensioners, often over 70 years of age, have to do mini-jobs in order to survive... In Sweden, where the points-based pension has been wreaking havoc since 2001, it’s no better: 92% of women and 72% of men would have had a higher pension if the old system had remained in force. And, as in Germany, many have to go on working despite their advanced age: 38% of Swedes aged 67 and 25% of those over 69 have to keep working in order to supplement their low pension...

This is not yet enough, though. The European Commission is lamenting the fact that only 27% of Europeans between 25 and 59 years of age have taken out pension savings. The European Council acknowledges that "the European market for individual retirement savings is currently fragmented due to the existence of a patchwork of disparate rules that hamper the emergence of a market at EU level". (4) "There is indeed a clear intention to privatise pensions on a European scale," says Marc Botenga, MEP from the PTB-PVDA. "A few months ago, the Parliament voted in favour of creating a private European pension product (called "pan-European individual retirement savings product")." Basically, it is about transferring workers' pensions to private pension insurance. "The European Union itself is basically a product and a project of merchandization aimed at offering more and more sectors to the markets and to private multinationals and banks. That's what austerity is about. It limits the action of the State and forces it to privatize. In its view, pensions must be privatized, as has been the case with energy, the postal services and the railways. »

The anti-social measures that are to be found in all these plans to reform the pension systems of European countries are very similar. That makes sense: they are all coordinated by the European Commission, that distils its austerity-tinged recommendations with one and the same objective : maximising the profits of the "European champions" by making us work longer, for less pension, with the "collateral damage" of passing on the supplementary pension jackpot to private pension funds.

Since the attack is European, our response must be European as well. That is why the PTB has sent several delegations in support of the French demonstrators and strikers in Lille, Paris, Valenciennes, Strasbourg, Douai, etc… and why the left party will continue to do so until the French workers have won their battle with Macron. The PTB is calling on the Belgian workers to make a contribution to the solidarity fund of the CGT union in support of the striking workers. Because their fight is also ours. Any victory obtained in a given country to defend pay-as-you-go pension systems will be a victory for all European workers. It will be a warning to the European establishment: their intolerable reforms will not pass. Solidarity between European workers is needed more than ever.