How about we take charge of the future of our aviation sector?

Over the last five years, the Lufthansa Group has made a profit of EUR 9 billion, the majority of which went into the pockets of shareholders such as German billionaire Heinz Hermann Thiele. But now that the airline is in trouble, it is asking for 290 million euros in public aid to save Brussels Airlines. The community is supposed to put its money where its mouth is and pack the shareholders' wallet. This is an outdated model for the PTB-PVDA, who advocates a publicly-owned airline. 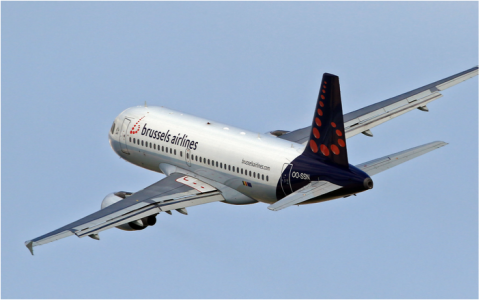 The Lufthansa group is asking the Belgian government for 290 million euros in aid to rescue its subsidiary Brussels Airlines, according to the financial newspaper De Tijd. In Germany, Austria and Switzerland, too, the German airline is asking for support from the authorities. We are talking about billions of euros of taxpayers' money. Yet Lufthansa is resisting the very idea of any public interference in its affairs...

This interference by the government is essential, however, first and foremost to save jobs. At the same time as his request for public support, Lufthansa CEO Carsten Spohr announced that the company would have to reduce its workforce. Ten thousand jobs would be at risk. At Brussels Airlines, at least 25 % of the jobs are to be cut, according to Etienne Davignon, former president of the company.

The billionaire on the lookout

Who's pulling the strings at Lufthansa? The answer came in on March 16, 2020. In the midst of the crisis, when the US stock market plunged and the Dow Jones index fell by 13%, billionaires like Germany's Heinz Hermann Thiele were already on the lookout. With a fortune of 13.5 billion dollar, Thiele is one of the 100 richest people in the world. And it was on this infamous March 16, 2020, that the German billionaire seized the opportunity: he doubled his portfolio of Lufthansa Group shares to more than 10 %. This opportunity arose because, at the time, Lufthansa's shares were only worth a third of their pre-coronavirus crisis value. As the main shareholder, Heinz Hermann Thiele has thus become the strongest voice in the debate on the future of Lufthansa.

Why is the billionaire taking such a risk? Every hour of the coronavirus crisis that passes causes the German airline company to lose a million euros. But Thiele makes a deeper calculation. According to him, the German airline is currently "too big to fail". Exactly like the banks in 2008. He is therefore counting on the governments of Germany, Switzerland, Austria and Belgium to finally give in and carry out a rescue operation worth several billion euros. A very costly operation that would be paid for by taxpayers, even though the company wants to lay off 10,000 people. The question remains: is Thiele's plan inevitable?

These are the questions also asked by Maria Vindevoghel, PTB-PVDA deputy and former trade unionist at Zaventem airport (Brussels). For twenty years, she cleaned aircraft for Sabena, the forerunner of Brussels Airlines, and for the baggage handler Flightcare, now Swissport. She has seen the situation of staff at Zaventem Airport deteriorate considerably in recent years. Whereas previously, thanks to an employee permanent contract, she knew her work schedule a year in advance, many baggage handlers, cabin crew and cleaning staff now do low-paying work in a highly flexible environment where their schedule is only finalized a week in advance.

For more than twenty years, air traffic has been the playground of speculators and wealthy shareholders. In 1997, the European Union, with the Social Democrats at the helm, decided to open up the aviation market. Businessmen like the British Richard Branson of the Virgin Group have lined their pockets. At the time, with his low-cost company, Branson helped fill the void left by the Sabena bankruptcy.

The same happened with Lufthansa, which until the mid-1990s was still a German public company. The Germans joined the privatisation process and the German capitalists who had taken over Lufthansa were able to acquire Brussels Airlines for a pittance, promising to make major investments. This was only possible because successive Belgian governments, in connivance with members of Belgian high finance such as Etienne Davignon, have put Belgian aviation on the market. It was a large operation of liquidation of family jewels, as other sectors have also experienced. Brussels Airlines has remained an important airline with 40 % of all passenger flights at Zaventem, but is now part of a private German company.

The aviation industry has been hit hard by the coronavirus crisis. Richard Branson, for example, forced his staff to take two months of unpaid leave. But that was not enough to limit the damage and now he is going further, by putting his company Virgin Atlantic up for sale. For many shareholders, there is too much uncertainty in the aviation sector, which is currently going through an unprecedented crisis.

It is therefore time to take back control of international passenger transport. This goes hand in hand with the need for a strong public authority to make additional investments in long-distance trains. However, aircraft will continue to have an important role to play. "Air traffic today is too important to be left in the hands of the private sector", said Bernd Riexinger, chairman of the German left-wing party Die Linke. Riexinger proposes to put Lufthansa back into the hands of the community.

The heroes of the corona crisis

The PTB-PVDA supports this proposal. The Belgian State aid of 290 million euros is to be a springboard for the acquisition of a significant share of Brussels Airlines in the Lufthansa group. We cannot accept that the government should inject taxpayers' money in times of crisis to cushion losses and, once the crisis is over, let the profits flow back to shareholders. We cannot let a few profit-driven billionaires decide the fate of Lufthansa's 130,000 employees, including more than 4,000 Belgians. We want firm guarantees from the government that all jobs at Brussels Airlines will be maintained, both for cabin crew and for pilots and ground staff. These workers are also among the corona heroes. At the risk of their own health, in the midst of a health crisis, they organised sixty repatriation flights, allowing hundreds of Belgians to return home. There can be no question of making them pay the price.

For the PTB-PVDA, there is room in Belgium for a Belgian airport and a Belgian airline in public hands. Preferably in cooperation with companies from other European countries. The PTB-PVDA wants to turn Zaventem into a strong public and democratic company, with its own airline and airport, looking to the future. No more playing cash cow for capital groups that ignore the interests of employees and passengers. A public enterprise is the best guarantee for maintaining employment, good working conditions, better security and a long-term vision for ecological transition.

UPDATE: On May 12th, we learn that 1000 jobs are threatened at Brussels Airlines. "The preservation of jobs must be a central concern at Brussels Airlines", says Maria Vindevoghel. The PTB-PVDA supports the workers in their fight for jobs and good working conditions.