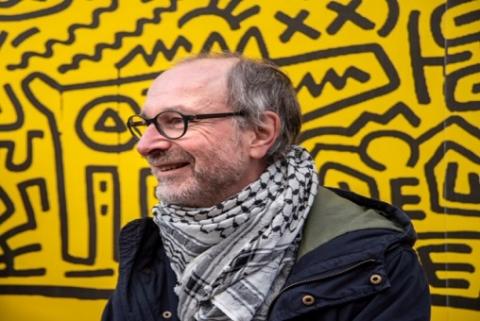 We note that many EU countries did not show the necessary reflexes in the early stages of the virus's spread. Which you think is the reason for this delay?

At first, the spread of the corona virus was clearly underestimated. It was considered something Chinese, far, far away. But even when the virus arrived in Europe, taking the right measures proved difficult, for two main reasons. On the one hand, our public health systems have been weakened a lot during the last decade of austerity. Throughout Europe, hundreds of thousands of hospital bed capacity disappeared. More importantly, almost no public health system in Europe starts from a comprehensive approach, that includes not only curative, but also preventive health care. On the other hand, governments were hesitant to take the necessary measures out of purely economic interests. Employers federations put a lot of pressure on governments to favour economic concerns over health concerns. In the UK and the Netherlands, the right-wing governments even considered not doing anything and just let the virus spread, in order to keep their economy running. This would have caused two or three hundred thousands deaths in the UK. It took several weeks and thousands of covid-19 deaths before governments agreed to suspend non-essential production.

Do you think that the EU has the necessary means to respond to a health crisis of such dimensions?

It depends. The EU does not necessarily need more competences in health. It is not a matter of how much power the EU has, but what it does with this power. We know that within the European institutions, lobbies of the transnational corporations have a big voice. Would the European Union have acted more swiftly than national governments to suspend production in non-essential sectors? Would the EU have offered better protection to workers? I don’t think so. On the contrary, it was austerity, induced and imposed by the European Union that destroyed much of our health care systems. In the middle of the corona crisis, the European Union has shown itself to be a space where countries compete with each other for medical masks and other equipment. That is the real question: do we, in Europe, compete or cooperate? A Europe in which countries cooperate could have redirected money towards the regions that most need it, exchanged doctors and patients, offered medical supplies and so on. A Europe in which there is cooperation and solidarity in the research and development of a vaccine and a treatment against sars-CoV-2. And this is opposed to the current European construction based on market competition.

From the budgets and the various funds approved by EU bodies, what percentages are spent on health? Is there any other section which, in your opinion, is overfunded at the expense of social rights?

Health clearly is not a priority for the European Union. There is not even a specific Health Program. The European Social Fund (ESF+) is foreseen to have about 413 million euros for health. Public health organizations are worried as this is a 8% cut as compared to the previous budget. While the overall EU budget was going to increase, it was cutting funds for public health. Can you imagine? Next to that, other financial instruments, like the regional development funds or research programs, also are supposed to contribute to public health, but these cannot make up for the havoc wrought by austerity policies. The best thing the European Union could do today for public health is to lift austerity completely. The Stability and Growth Pact has been suspended. That is important, but it should never be allowed to make a comeback. Secondly, we could easily cut back on European military spending. Rather than putting up a new European Defense Fund, we need a Health Solidarity Fund. Rather than Permanent Structured Cooperation on war, we need Permanent Structured Cooperation on public health.

In addition to the mechanisms which work to solve situations such as the one we are going through, long-term planning is even more essential. Does it exist to the extent that it should and if not in which areas it lags behind?

There are several fields in which the lack of planning is apparent – and harmful. One of the problems that hamper a coherent approach of the corona crisis in Belgium is what we call the “fragmentation of competences”: as a federal state with various regional and communal entities, we have no less than nine ministers with a competence on health. Hospital funding is a federal matter, while hospital emergency planning is a regional competence, as are quarantine measures. This leads to regulations being different in Flanders, Wallonia and Brussels. Instead of nine health ministers stepping on each other's toes, we urgently need a single national minister or commissioner to oversee and steer a uniform and centralized approach, as WHO experts recommend.

But also in the economic field we have to push the idea of more central planning and less free market. This has become very apparent also in the climate crisis – where the capitalist market of trade in CO2-emissions has done nothing to stop climate change, and where only a concerted, planned, collective effort has the potential to reverse the tide.

What does the coronavirus epidemic teach us about the future? What we need to change, as Europe, as states and as citizens.

'Nothing will remain the same' may be a bold statement, but what is certain is that we cannot just return to the situation as it was before the corona crisis. The need for strong public health systems to avert and address massive health threats is now more widely recognized. This should be broadened to a larger call for a higher priority for public services and initiative as opposed to the private, profit-driven players. But we will have to look beyond that as well, and take a hard look at the way the economy and the society are currently organized. This boils down to this simple question: do we want these to be organized around the basic needs of the working class and the people, or around the profit hunger of the large private companies, of big capital? Do we go for a society that veers away from private profit and cut-throat competition, and puts a premium on collective action for social progress and sustainable development? The same goes for international relations, be it in the field of diplomacy, of trade or of cooperation: the US will have to rescind on its ambition to become the unilateral imperalist dominant superpower, while China and other nations may continue to move forward and offer better possibilities to the world's peoples and workers for a world of peace, cooperation, solidarity, democracy and social progress.

Finally, as far as we know, the Workers' Party of Belgium has been running the "Doctors for the People" program for years. Please tell us a few words about it

Doctors for the People (Médecine pour le Peuple – MPLP) is a network of 11 first line health centers in Belgium, that will celebrate its 50th anniversary next year. At the moment, these centers or 'people's clinics' employ some 250 staff (among medical doctors, nurses, other paramedical staff as well as reception, administrative and cleaning personnel) are employed in those centers, together with many volunteers. They cater to more than 25,000 patients and provide them with free and quality primary health care.

Doctors for the People is an initiative of the Workers' Party of Belgium (PTB-PVDA). It tries to make the link between the patients' medical problems and the social determinants of their health, so as to raise awareness about the systemic causes of ill-health. In close collaboration with the PTB-PVDA, they use the strategy of “empowerment” to organize people in local collective struggles for better living and working conditions. On the national level, the main campaigns are about access to free primary health care, against the privatization of public health services and for access to essential drugs. Several doctors and other staffers of MPLP got elected in municipal councils and up to the federal parliament, as the PTB-PVDA's representatives. Where they are currently also waging the battle for more radical, pro-worker and pro-people measures to fight the covid-19 pandemic.