The government is preparing a new pension reform behind your back

Pensions remain a sensitive issue: the government wants to raise the pensionable age even further, while a majority of the population is calling for exactly the opposite. In order not to provoke resistance, the Minister for Pensions, Karine Lalieux (French-speaking Socialist Party), is quietly working on a new reform. Her plan is expected to be on the government's table in September. Kim De Witte, pension specialist of the PTB, explains the stakes of the new battle to come. 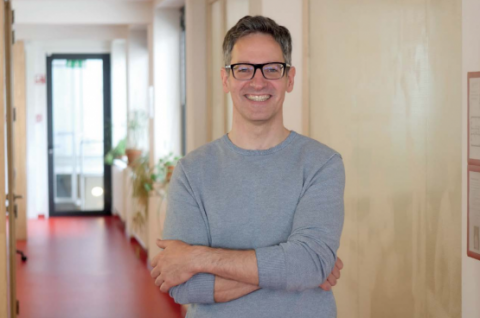 The De Croo government ((Name of the Prime Minister of the Belgian government) wants 80 % of the working age population to be really active and working. Among the over-55s, this      "employment rate" currently stands at 40 %, barely half the government's target. The Vivaldi government (which includes 4 major political families, like the 4 seasons: Liberals, Social Democrats, Christian Democrats and Greens) ) would therefore like to activate older workers in particular. At the same time, we are seeing an explosion in the number of sick workers throughout Europe. Mental health problems are the leading cause of work disability. We are going from a coronavirus epidemic to a burn-out epidemic. "We need a different vision of pensions and work, " says Kim De Witte, who is writing a new book on the subject. Meet a man for whom the right to rest remains sacred.

What is the government preparing?

Kim De Witte. When the previous government raised the pension age, it announced that only one in ten people should work until age 67. Nine out of ten people could stop early. And now the Vivaldi government is blocking all the routes that allowed people to stop working earlier: mainly those of the pre-pension, the early retirement and arduous occupations.

How come we don't hear about it?

Kim De Witte. This government is following a different tactic than the previous one. Socialists are already very upset about breaking an election promise they solemnly made ("We will not participate in a government if the pension age remains at 67"). So they want to get this through as quietly as possible. There will be no major conference on pensions, no social debate on prolonged careers or on arduous jobs. However, there will be an "employment conference" to "activate" (put on the job market, editor's note) everyone.

Is that a bad thing?

Kim De Witte. Many young pensioners are active: they have a social, sporting and cultural life, they look after their grandchildren or elderly parents, they do volunteer work in their neighbourhood or for an association. None of this matters to this government.

Labour market activation is all that counts. This narrow view is extremely costly to our society. In 2012, the Di Rupo government transformed the pre-pension into an RCC (unemployment scheme with company supplement, editor's note). The early retirees suddenly had to be "activated". Between 2012 and 2019, the number of early retirees has decreased, but over the same period, the number of older people with long-term illnesses has increased. What did we really get? A long-term sick person costs more to the social security system than an early retiree. When people exhausted by work are given time to rest and more freedom, they often find new occupations that are useful to society.

But if we do that, the pensions will become unaffordable...

Kim De Witte. We have the lowest pensions in Western Europe. But they would be unaffordable? Countries such as Denmark, Sweden, France, Portugal and Austria are investing 25 to 50 % more than in Belgium on the pensions of its workers.

If it's possible there, why not here? Employers do not want to pay for their ex-employees' time off and freedom. That's quite different. This debate is as old as capitalism itself. During the time we are not working, do we have the right to rest, with a decent income, or do we have to fend for ourselves?

How can we explain to young people the importance of what is at stake today?

Kim De Witte. Young people are the main victims of the current pension policy. They, too, want the right to rest and freedom at the end of their lives. Numerous surveys show it. However, they risk losing everything. According to the European Commission, Belgians should work until the age of 70, starting today. And Lithuanians up to 72 years, which is higher than the life expectancy in this country. We should go from work to the grave. Literally. Those who thought the "work longer" brigade would stop are sadly naive. There is no such thing as the status quo. Either we regain our pension entitlement or we lose it entirely.

Do you think a new battle for pensions is coming?

Kim De Witte. It will depend on all of us. The government has not yet won the struggle of ideas. Despite the daily propaganda about longer careers, nine people in ten say they do not want to work until age 67. Only 16 % of them want to work until the age of 65. And there is no "improvement" in sight, compared to these figures. The Belgian stands his ground. The government is facing a democratic deficit. With the fight against the points-based pension, we have proven that we can roll back the government. It has not been easy: the unions had to go down twice to the streets of Brussels, publishing a newspaper on pensions and taking strong local action.

The points-based pension has been beaten to a pulp and has not come back to the table. We have also seen examples of successful movements abroad. In France, the social movement has made President Macron bite the dust: the legal retirement age remains at 62. In Croatia, the unions collected 750,000 signatures in the space of two weeks, against raising the age of retirement to 67. A quarter of the working population has signed the petition. The government was able to avoid disaster by immediately reducing the retirement age to 65. Under a strong pressure from the population base, Denmark lowered the retirement age for all to 61arduous jobs.

You were talking about a different view of pensions and work. What do you mean by that?

Kim De Witte. Pension policy and labour market policy are two sides of the same coin. The De Croo government, which is following in the footsteps of the FEB (Federation of Belgian enterprises) and the Voka (Flemish employers' organisation), wants to maintain the older workers in the labour market for as long as possible, so as to put pressure on wages and working conditions for all workers. It is only in this way that the race to intensify and make work more flexible for low wages can continue.

The toll on people, young and old, is terrible. The number of patients explodes, all over Europe. Mental health problems are the primary cause. Having to be always available, never having job or income security, physical exhaustion: all combined, it's the perfect cocktail for a burn-out. In Belgium alone, 112,000 people suffer from burn-out, and 40 % of them have been suffering from burn-out for more than four years. We can speak of a new real epidemic.

What alternative do you propose?

Kim De Witte. Great evils require great remedies: the major social diseases can only be cured by structural measures. Plague and cholera have been eradicated from cities by installing sewage and sanitation facilities. Tuberculosis has been eliminated by an improvement of food, housing and, to make this possible, by an increase in the amount of the wages. The major social diseases of our time, stress and burn-out, can only be overcome by a great remedy.

Kim De Witte. By a radical change in our pension and labour market policy. At the age of 67, all jobs are too hard. The statutory pension age must be lowered. It is no coincidence that the pensionable age is generally between 60 and 65. Most people can no longer cope with the pace of work at this age. People should have the right to take an early pension at the age of 60. In the context of arduous jobs, of long careers and major restructurings, people should once again have the right to take an early pension from the age of 58, without compulsory availability on the labour market.

In addition, we urgently need to change our approach to work. We must have more space for rest and recreation. More stability, respect and appreciation for people who give their best every day. Let's stop destroying the most important source of prosperity, work.

In conclusion, Belfius and Ethias no longer wish to insure supplementary pensions. However, Vivaldi wants to generalize these pensions.

Kim De Witte. Belfius and Ethias want to completely abolish the guaranteed return on supplementary pensions, also known as second pillar or company pensions. This guaranteed return means that the insurer guarantees a minimum return on the money that employees invest in their supplementary pension. The return guarantee is already lower than inflation. This means that workers often already get back less purchasing power than they would have otherwise. Belfius and Ethias now want to be able to charge zero or even negative returns, like the pension funds in the Netherlands. In other words, they want the workers to take all the risks, and the employers and insurers to collect all the revenue. Supplementary pensions are expensive, unequal and risky. Instead of generalizing them, the government would do better to strengthen legal pensions for everyone. The pension gap with neighbouring countries remains particularly wide. If the wage gap is getting so much attention, why not the pension gap?

See you at ManiFiesta for the international meeting on pensions

Do you want to learn from the fight for pensions in other countries? So join us at the pension meeting at ManiFiesta. All the information on www.manifiesta.be