Threat of lay-offs at Sodexo: The PTB-PVDA proposes the 34-hour work week to save jobs

The French multinational Sodexo announces its intention to lay off 380 workers in Belgium. "This is unacceptable, " reacted Raoul Hedebouw, spokesman for the PTB. "They cooked food in hospitals, cleaning, etc. They are among the heroes of the crisis that kept society going." Their work has also paid off for the company, which made a profit of €1.2 billion in 2019. The PTB-PVDA proposes a move to the 34-hour week, which would save jobs. 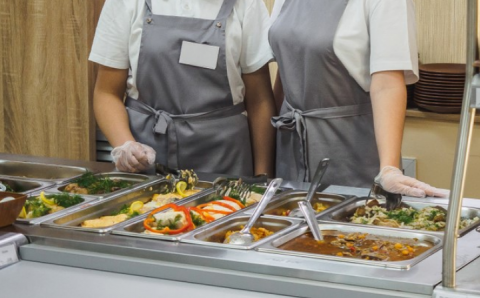 The management of Sodexo announced a restructuring plan, planning to lay off 380 people out of a total of 3,500 workers in Belgium. "This is unacceptable," said Raoul Hedebouw. "Sodexo employees have been giving their all for years for modest salaries. At the height of the coronavirus crisis, many of them cooked food in hospitals, cleaning and other front-line areas. They're among the crisis heroes who kept society running during lockdown."

"Thanks to their commitment, the company has also been making millions in profits for more than 10 years, adds the PTB-PVDA spokesman. The main shareholder has become a billionaire. And now we want to get rid of these men and women, these heroes, like kleenex? The decrease in business volume is not a sufficient justification. Employees are not variables on a balance sheet. There are alternatives to lay-offs."

The PTB-PVDA proposes the collective reduction of working time. According to the left-wing party's research department, a 34-hour week with full salary pay would save no less than 340 jobs.

Raoul Hedebouw explained: "The current crisis is unprecedented. It should make us reconsider outdated liberal methods. Social innovation is needed to keep as many people as possible in the employment boat. That is why we are proposing as an alternative for this company the 34-hour week without loss of pay. The government must do everything it can to make the multinational see reason. Major German companies have already taken the step and the German IG Metall union is making it a central demand."

This alternative is perfectly fundable in terms of the company's profit, says Raoul Hedebouw: "Until now, the multinational Sodexo has chosen to focus on shareholders. It's about time the working men and women enjoyed the wealth they've produced."