28 September: day of trade union action to put social priorities on the table

As the 7 traditional parties (liberals, socialists, greens and christian democrats) are on the verge of forming a government, after 490 days of negotiations, trade union united-front rallies have taken place to put pressure on the negotiators and to put social priorities on the table. 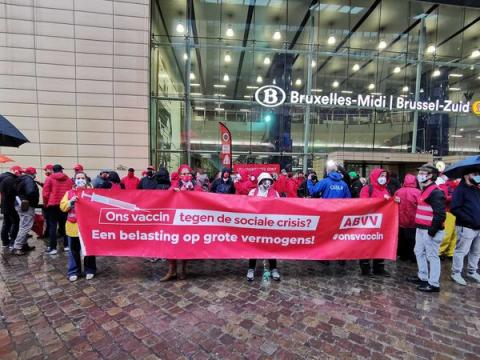 In the North of the country as in the South,  railway workers, nursing home staff, domestic help, public transport workers, metalworkers, saleswomen...the working class in all its diversity!

A first step in the showdown we will have to undertake against the new government. Because health care workers have already shown that if we fight, we can win.