Action against NATO in Brussels

On Saturday 5 February, some 200 peace activists gathered in Brussels, in response to a call from the Belgian peace movement, under the banner 'No war for Ukraine! No money for NATO’s wars'. 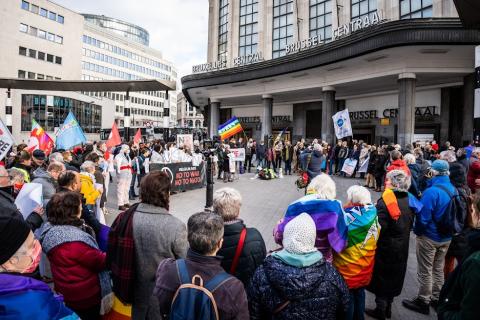 25 organisations - including the Workers’ Party of Belgium (PTB-PVDA), its student movement Comac and the international solidarity movement Intal - called on the Belgian government not to join the confrontational policy and military overkill of the US and NATO against Russia.

Among the peace activists, also Raoul Hedebouw, the new president of the PTB-PVDA, who is indignant: "The government - which includes the social-democrat and ecologist parties - keeps saying that there is no money for our energy bills, while it has decided to spend more than €10 billion extra on war material. We say Basta! We must invest instead in social needs, and make efforts to prioritise peace, dialogue and cooperation." Or as the demonstrators chanted: “Pas d’argent pour la guerre, mais pour combattre la misère!” ("No money for war, but to fight poverty!"). 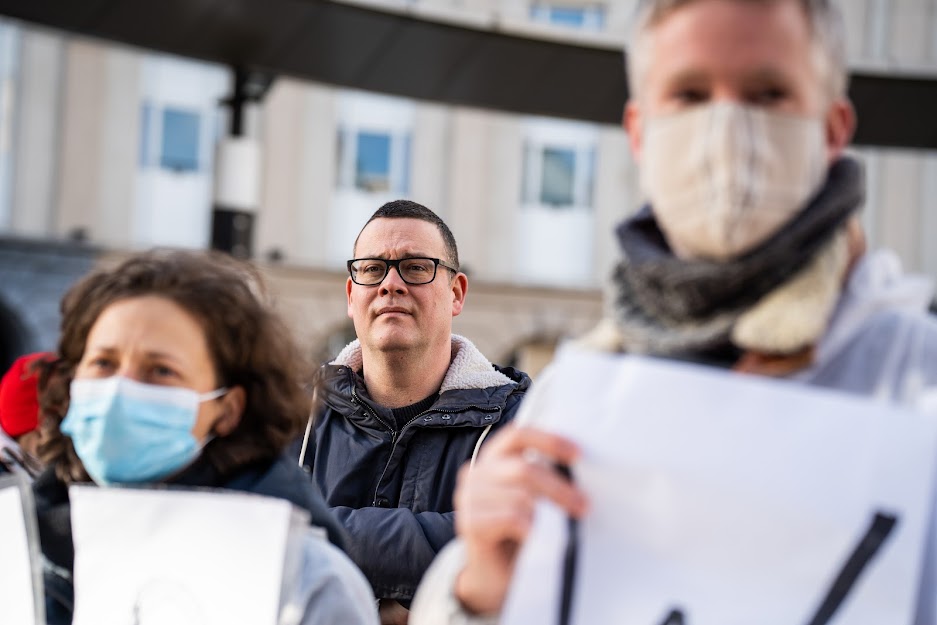 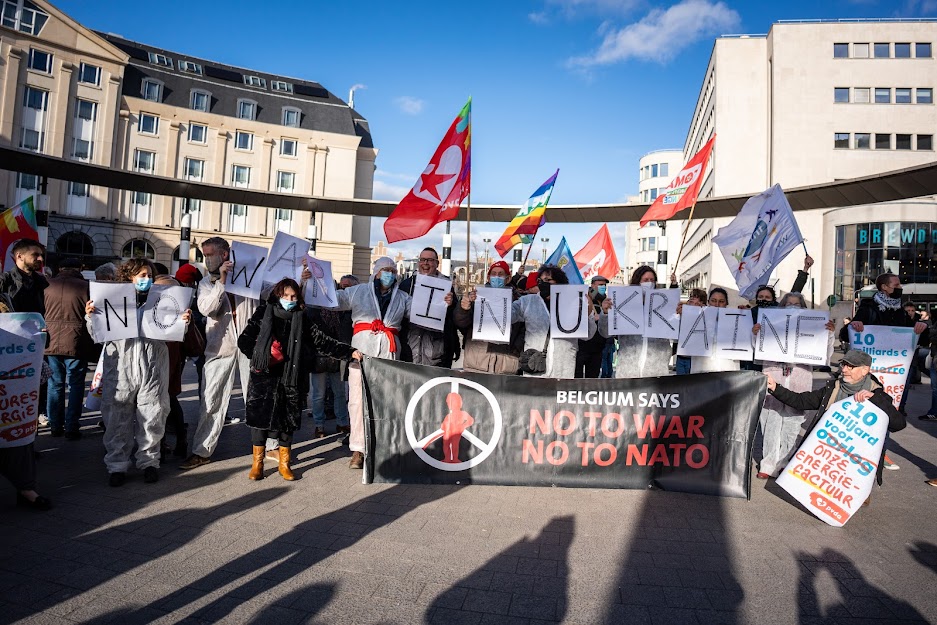 The demands of the peace movement, co-signed by the 25 organisations present:

2. An end to threats, troop concentrations and arms deliveries

3. A ceasefire in Ukraine and implementation of existing agreements

4. A halt to NATO expansion

5. No further increase in the defence budget. Invest those billions of euros in public health, education, social progress, climate action! 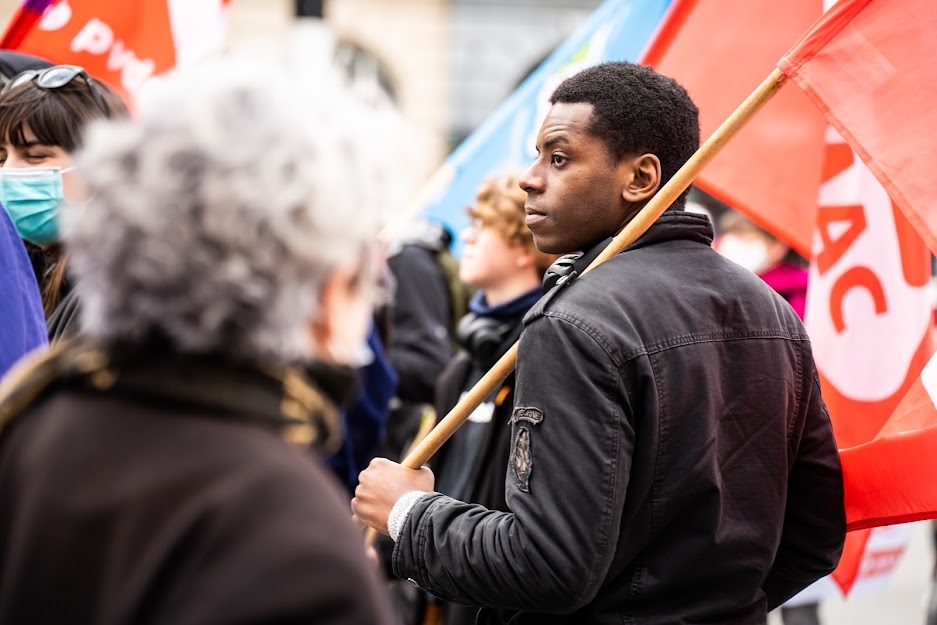 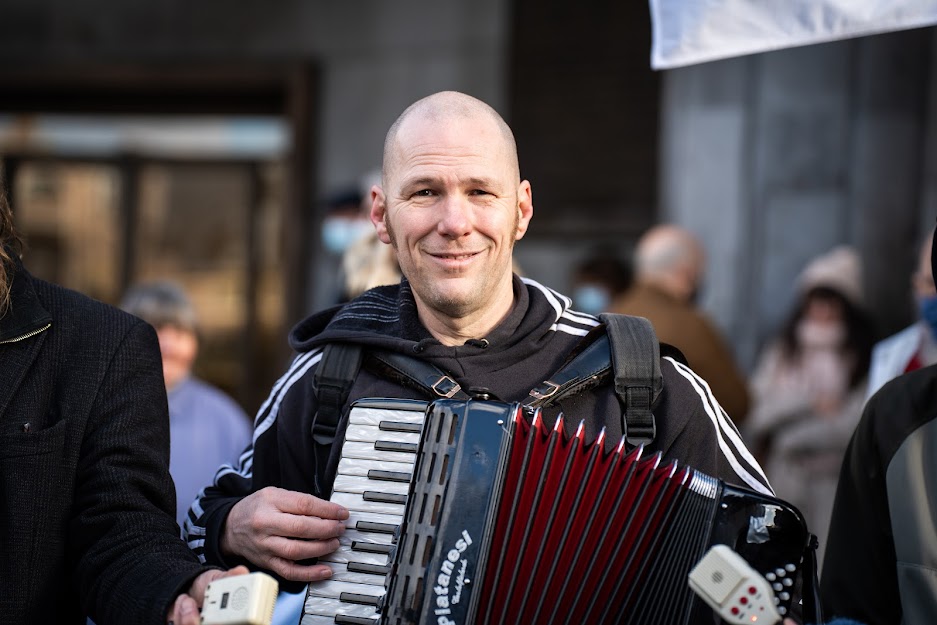 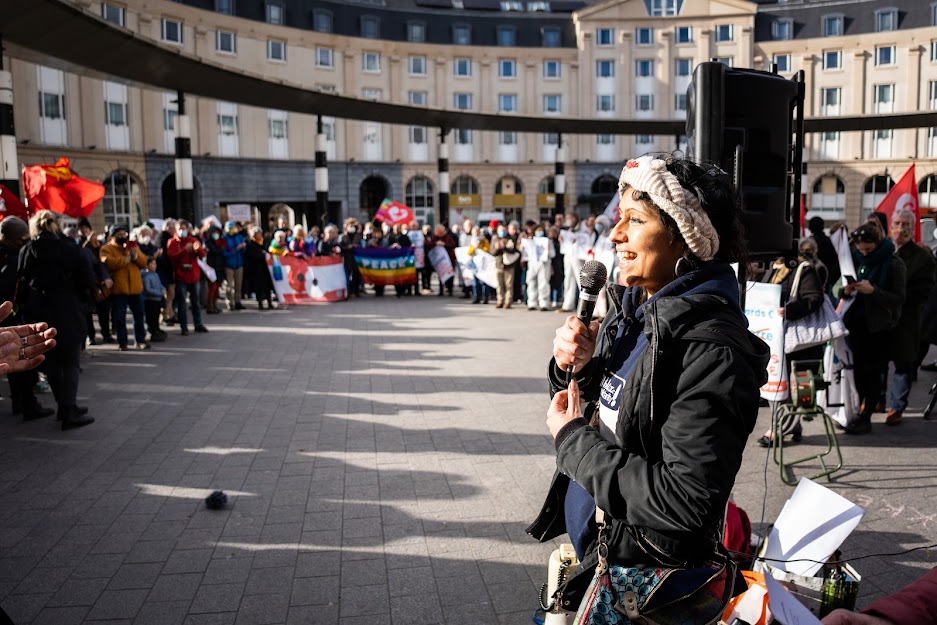 The call for peace and against NATO wars and military budgets will also be one of the themes of the big march that the PTB is organising on Sunday 27 February in Brussels, under the name 'Basta! More information: https://www.ptb.be/basta